Lives In The Balance: Party Time! 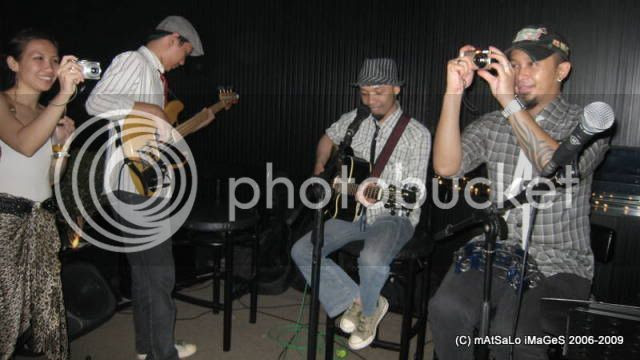 In my previous post, Pak Aa Gym's story took place the day after. This is about what transpired the night before. In my book it's called redemption, to find a balance between light and dark, the bad and the good.

Saturday night was spent at a very happening Jakarta nightspot called SHY Rooftop on Jl. Kemang Raya. Kemang is a bit like Bangsar at night; where the city's young and beautiful upper-class crowd get to look and be looked at.

Housed on the fifth floor of a very futuristic glass building, SHY has an open area balcony where one can gaze at Jakarta's sprawling skyline while nursing a none-shariah-compliant concoction. 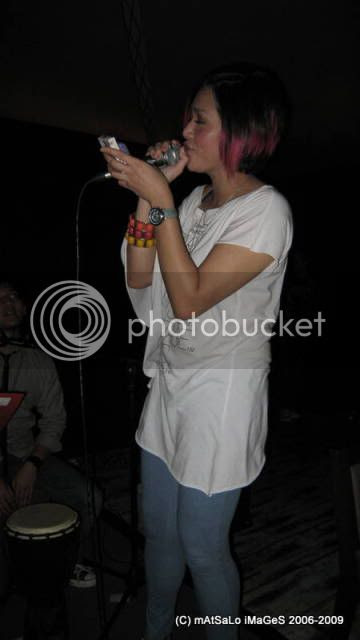 I went there with a friend (whose sex I shall not divulge for fear of repercussions and incrimination) who insisted, "Bang, this is where the artistes bareng (hang out)". And I was not disappointed...

The ambiance was first class, the decor smart and cozy. In Malaysia it would be the size of an average pub housed in a shop lot. There were perhaps thirty to fifty patrons in all, coming and going.

The music? Mostly acoustic guitars with only the bass being amplified, no drums, just bongos and tambourines to the accompaniment of vocals so sweet it will bring tears to your eyes.

SHY being a musician's joint, the band played everything from Jason Mraz to Sting to Bob Marley. Aaah...

The crowd? If I told you I got to dance with Maia would you believe me? I'll let the pictures tell the story.

I even get to jam my Canon Ixus 850iS right in her face.

Ah, drool over, because everything is about balance, right? 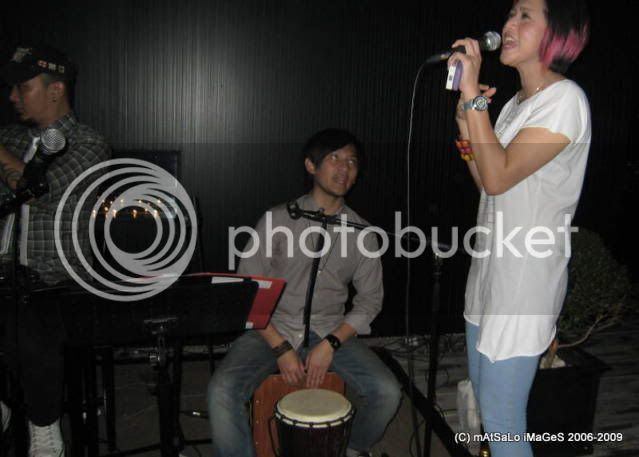 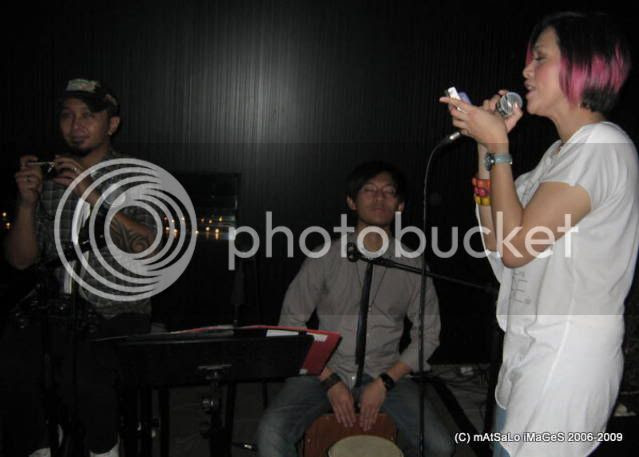 Roy Marten's son, Gading, inadvertently shared a table with me. Apparently he's following in his Dad's footsteps, making a name as actor. I couldn't tell him from Adam until my friend whispered in my ear who that guy across the table was.

Maia Estianty? Everyone knows Maia,the hottest woman in showbiz. She's currently undergoing a very public divorce with mogul Ahmad Dhani, fighting a bitter battle over their three children Al, El and Dul. The kids are also musicians in a band called Lucky Laki, managed by the male parent, who at present has custody. Not a day goes by here in Indonesia where one isn't bombarded by news of Maia and Ahmad Dhani's woes spelt out in gritty detail... I really wanted to ask her how she handled the pressure of it all, but it wasn't a good time. I felt that she wanted to be left alone and I could respect that. Hey, being the subject of gossip and slander by tens of millions, day in day out, must be terrible. Ever since that Ahmad Dhani took up with Mulan, Maia's duet partner in Ratu...

Lives In The Balance: Good Works Vs Bad 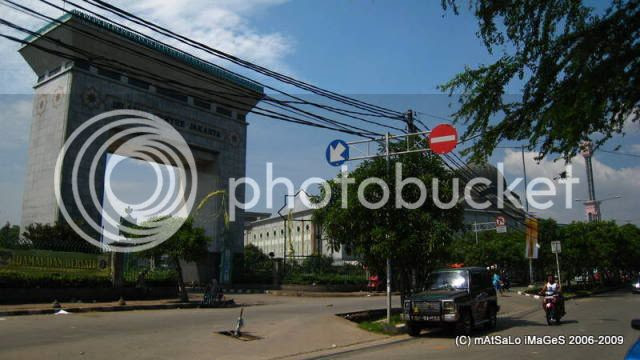 I have always held firm to the belief that we must have some balance in our lives; some sort of yin and yang in equal measure. To do some bad and to do some good, because to see the worst in human nature will make us appreciate the nicer parts of humanity. And I don't mean women's bodies...

I'm sure many of you will disagree but that's just me; seeing bad in good and good in bad. And I'm always grateful to be able to tell one from the other.

Because... how else would I find myself in what once was the largest prostitution area in the whole of South East Asia last Sunday afternoon?

I said, was. Remember the tense, please, was.

It's in north Jakarta, past Tanjung Priok, at a place called Kramat Tunggak.

What once housed close to 4000 rooms in 277 buildings employing hundreds of germos (pimps) is now the Jakarta Islamic Center. I dare not even speculate how many PSK's (Pekerja Seks Komersial) this bustling area once had. Ten, twenty thousand? More?

Anyway, all that was demolished in 1999 and early in the millennium the Jakarta Islamic Center had replaced all that had once brought misery and ecstasy in equal doses.

But don't take my word for it. Go here to Mualaf Center Online for a background on Kramat Tunggak.

So you ask, what the hell was I doing there?

I went there on a self-induced mission to visit a friend who once worked as a radio operator on my rig in Kalimantan.

Pak Aa Gym, fiftyish and obese, suffered a stroke about a year ago in his kost (rented room) in Balikpapan. Workers like Pak Aa Gym don't get to go home during time off like I do because their point-of-hire is in Balikpapan. They see their families perhaps once or 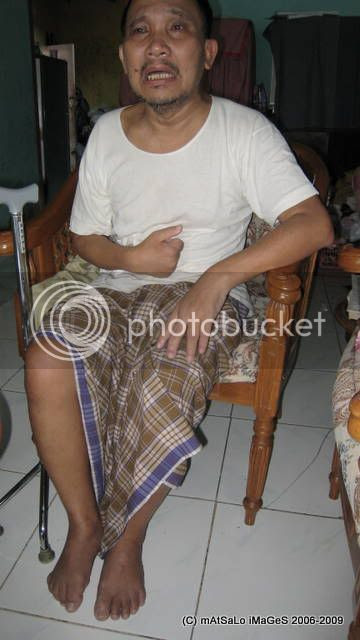 twice a year, usually over Lebaran Idul Fitri, and of course, paying out of their own kantong celana. They just don't make enough. Their schedules are usually "two-one" - two weeks on and one off, and it was on one of those "offs" that his neighbor noticed that he had not emerged from his kost for two days running.


So he had suffered a stroke, alone in his kost, with no one giving a damn.

He was hospitalized for a while and when he was able to walk, his kin came to take him home to Jakarta. He had, by then, lost his faculties to speak.

So I promised myself that if I ever spend a day or two in Jakarta, I would hunt him down and pay my dues to a fellow comrade.

But finding him was no easy feat. I had to ask around until I found another offshore worker called Sugeng who could get me his address. So I kept that battered piece of paper with some crude references to Bekas Tempat Prostituisi Terbesar and finally, there I was.


I kept the meter running on the taxi (no need to expound on my getting lost in the maze of Tanjung Priok - the taxi driver had never been there either) which eventually made me poorer by almost RM 150.00 (yes, it's that far). After asking around I found the "Ibu RT" (some sort of neighborhood leader) who finally led me to Pak Aa Gym.

There was no one home except Pak Aa Gym, dressed in a white T-shirt and sarong with a metal cane by his side. He had lost perhaps fifty pounds. He registered surprised, and a pitying 'huummm, huummm' escaped his throat. He grabbed my waist and cried. And so did I. 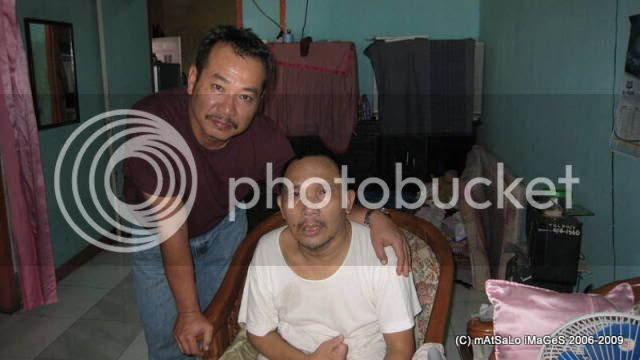 And so I had come to fulfill my vow.

What struck me was what "Ibu RT" said to me as she left me outside his gate, "Pak, you're the only friend from his workplace that visited".

She had no idea that my house is in another country. 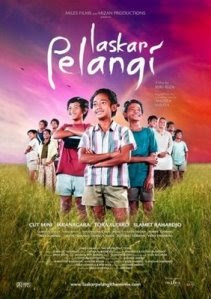 Best movie I've seen in a long while, folks. And that includes all the Hollywood ones.

An adaptation from Andrea Hirata's novel, the first of the tetralogy, this movie broke all box office records in super-populous Indonesia.

You'd think with rampant ciplaking and DVD bajakan going on, people won't flock to the big screen any more. But they still do. Especially when a real good movie comes along, they still line the velvety ropes, don't they? Great movies are best savored on the big screen, as God had intended them to be. Not on your plasticky grey China-made 21 incher in the old 4:3 format.

Even President Susilo Bambang Yudhoyono was not spared by the movie's impact. He forced his whole cabinet to watch at a legislative sitting - just so his reps can truly appreciate the failings of Indonesia's public school system.

All this was almost a year ago.

And it still hasn't hit the big screens at our glitzy cineplexes in 1-Utama or Mid-Valley either.

Poor culture-starved folks in Malaysia can only settle for generic (and forgettable) horror fare like Setan Budeg.

A gross injustice has been perpetrated here, man. I almost feel compelled to write to Cathay and TGV, the main movie distributors in Bolehland, and ask - Why?

I live and work in Indonesia - each time I come home to Malaysia I open the movie listings page with trepidation - and disappointment.

It's been so long that even the official DVD has hit the shelves here in Indonesia. I've been raving about it to my family so much that I already bought some to bring home. Just to feed their curious anticipation too.

The DVDs are in my laptop bag right this moment and coming home to a private screening at my cluttered living room on my 32" CRT TV soon. Belum ada Plasma laa bang...

Acting Cast / Ensemble? - Brilliant. Cut Mini Theo is beautifully cut out for her role as the early seventies Ibu Muslimah. Supporting casts include stellar Indo thespians like Ikranagara, Tora Sudiro, Jajang C. Noer, and Alex Komang. But the kiddie actors, as in Slumdog, is what this movie is all about. Folks, you're going to shed plenty of tears. Don't say I didn't warn you!

The actors had to undergo intensive training in Bahasa Melayu to perform their roles convincingly. And after watching it you can almost believe that you are watching a Melayu movie. A "Melayu" movie that became the best-selling ever movie in Indonesia, that is. Imagine that, watching a an "Indonesian" movie - arguably the best ever - in Malay?

According to Cut in an interview, she had "begged" director Riri Reza and producer Mira Lesmana for the role of Ibu Muslimah. Riri was impressed that Cut was able to impart a certain sadness even while smiling, a required trait that landed her the poignant role.

The set direction was flawless. As a child growing up in the 60s and early 70s, Belitung was similar to rural Malaysia as I had remembered it. The producers certainly took great pains to create scenes for this period piece. Great for nostalgia buffs.

Is this the best Indonesian movie I've ever seen?

Yes. Me thinks it deserves and Oscar for Best Foreign Film.

I'm hoping the Malaysian Cathay or TGV distributors will come to their senses and bring it in for release.

Just don't borrow the DVD from me, though. It has already been booked months in advance!

And please don't buy the pirated copy. Besides, it's haram to do so.The original DVD will probably find its way to Malaysia eventually. Better yet, and I'm sure good sense will prevail, Laskar will hit our cineplexes soon.

Better see it on the big screen lah!

I was prompted to write this after being inspired by Alina Abdullah's take in her "ranting chanting" blog.