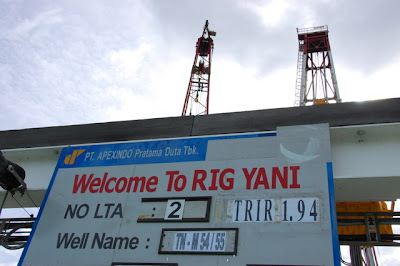 FUNK. IT MEANS "cowering with fear" or a "state of fright", or a feeling of dejection. Yes, that's right and I'm feeling dejected right now. No, I know it's the end of the year when we have a big Christmas party on the rig and everybody gets funky. That's not the funk I meant.

Please look at the sign above. I photographed it this morning just after some numbers in there had "changed". For you non-marine or offshore types out there (which is 99.9999 percent of the world's population anyway) the term LTA means hell of a lot. It stands for "lost time accident" and yes, as of today it is only Day 2. Two days ago the number atood at 1658 --meaning FOUR-AND-A-HALF YEARS since the rig had an accident.

Actually that's not true at all because the rig NEVER had an accident until the day before. Why? Because the rig is so new that there hasn't been an accident since it arrived here four-and-a-half years ago spanking brand new from Keppel-FELS shipyard in Singapore.

The day after Christmas I had just started to spud in a new well. It was five in the morning. This particular well had a rather peculiar charachteristic in that it spewed out lots excessive gumbo which required the crew to clean the lower decks often. Fire hoses were employed and one particular guy did not hold the nozzle of the fire hose steady. When the fire pumps kicked in the hose snaked and caused him to lose control . . . the net result being the nozzle firing the high pressure water with mud and debris . . . into his eye. We're not sure how he's doing yet because he was whisked to the medic's room and a chopper evacuated him two hours later. Our resident Liason Officer, a Major with the TNI Navy had to escort him on the chopper and to the hospital since both eyes were heavily bandaged.

He was operated yesterday and the word was his intra-occular functions remained intact. Probably to remove a blood clot or something. 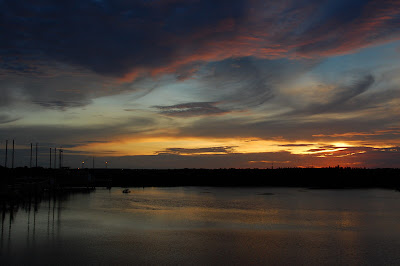 The reason it's such a big deal because safety is a very serious issue with the oil companies and contractors. The safety record is tied into the contract and for the whole of 2008 the rest of the crew will have to pay the price of not getting any "safety bonuses". It's quite a bit and can amount to 10 - 20 percent of their annual income. I even had a cheap Motorola phone and a toolbox to take home last year. All because of a good safety track record.

Then there is the loss of prestige and reputation. Not to mention nosy investigators that will come in in the next few days to lecture us.

But I have a more serious concern. For the upcoming New Year's Party the client had earlier on insisted I "contribute". By this he meant illicit liquor. In previous blogs I mentioned that alcoholic drinks is strictly prohibited from any offshore installations. But this is a French company and they all like their tipple now and again. We'll, not just the French . . .

So I complied by smuggling a bottle of Pernod and Dewars' White Label past the boat security people. I was actually booked on the chopper but no way I can get whisky past aviation security. So I had to detour and take the long way by speedboat where the marine port people are a little more "friendly".

Then another asshole (someone like me) found an "electone singer". In Indonesia it usually meant lady pub singers that know how to work an organ and has a half-way decent voice but a more-than-decent body. She is scheduled to be smuggled to the rig on New Year's Eve.

A girl at the ready. Intoxicating liquids at the ready. Mat Salo's organ --er, camera --at the ready. With investigators coming and possibly doing a little spot-checking. Not too worry, it's well hidden along with other contraband that other service contractors had contributed. There's crates and crates of Anker Bir too . . .

Just let's hope the investigators and safety officers come after the holiday season is over. 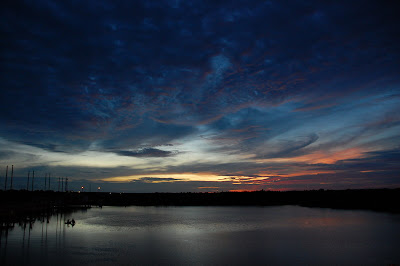