Mather Lover (To the tune of 'Easy Lover')

I mean no disrespect to The Old Man, but 'Mather' is two syllables instead of three and it reminds me of the 1984 Phil Collins / Phillip Baileys hit, 'Easy Lover'.


She'll get a hold on you believe it

Before you know it you'll be on your knees

She'll take your heart but you wont feel it

Which was how I roped in a classmate of mine Kojak to 'kidnap' a certain Ahmedinovich Kerpov for a function held at a small hotel in Pee Jay involving UmNo wanna-bees, has-beens, also-rans, sore losers -- and A Great New Hope in the form of a very bald but impressive down-to-earth MP from Jerlun.

On arrival we found the entrance to the hotel already blocked, the car park bursting with late model Beemers, Mercys, Pajeros and a smattering of Wiras. OK, I lied. Some Kancils and Myvii's too. Most of them had the ubiquitous 'BN', 'UmNO', or 'Ansara' stickers on their windows - often sporting all three. For Race, God, and - lest we forget, also for You, Malaysia.

No worries. As AK is a person with limited abilities (I prefer this term over 'disability' since it brings all sorts of weird connotations), he conveniently whipped out a DISABLED sticker which I quickly slapped on my front windshield. The security guard was too-easily convinced by this slick piece of chicanery, what with the shiny yellow wheelchair displayed prominently in the back seat. Thus we were able to squeeze our ride near the lobby between Mather's Beemer and his recently elected son's Porsche Cayenne....

Since I brought my cam on this auspicious April Fool's day, I'll let the pictures do the talking. 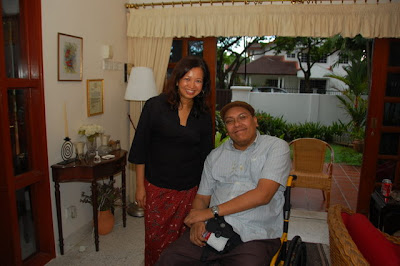 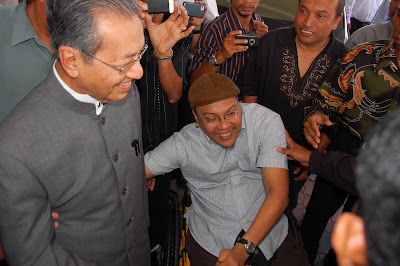 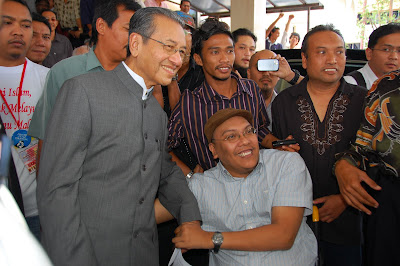 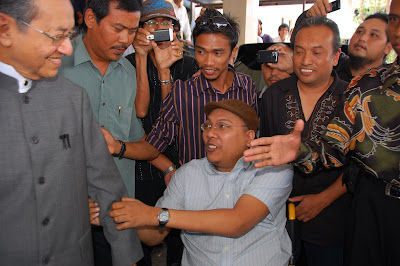 To AK's left is Mat Salo's trusty sidekick, Kojak (in black), on secondment to AK for bodyguard duties. Whitney Houston not in picture. 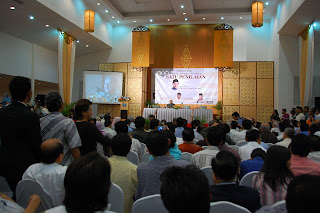 Took me a while to realize who the lady in the electric blue dress was. When she took the mike to speak, she started her speech thus, "Saya tak suka cakap dibelakang dan saya juga tak suka main belakang"... I ain't kidding. She actually said that. 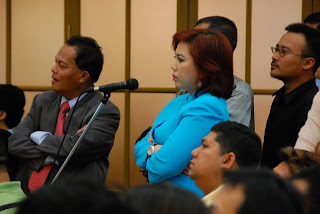 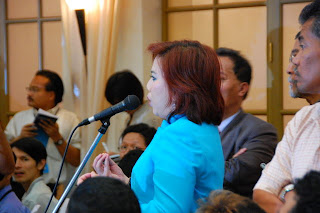 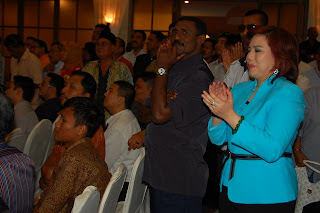 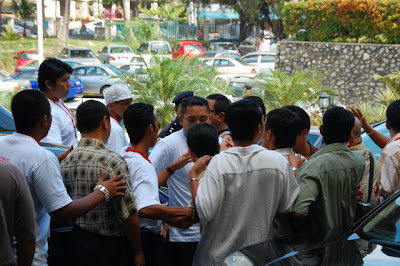 An altercation spearheaded by the people-friendly BN Gerak Gempur Youth. Some have also likened them to thugs. I dunno, you be the judge.They actually chased and assaulted a speaker from the floor for daring to suggest that DSAI be brought back into the fold... much to the horror of onlookers below . . . (the altercation I mean, not DSAI being brought back in - gotcha!) 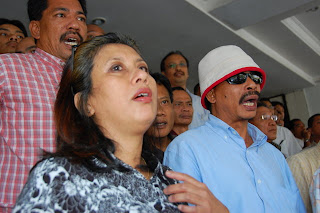 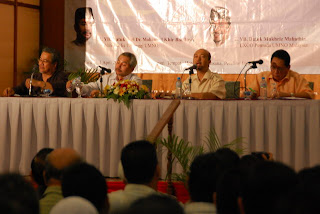 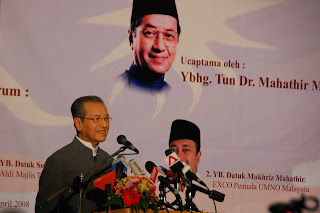 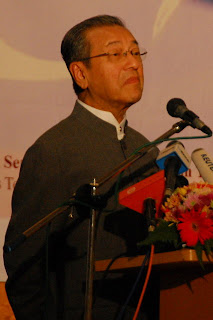 What's with the Nehru suit, Tun? But you do look good in them I must admit. 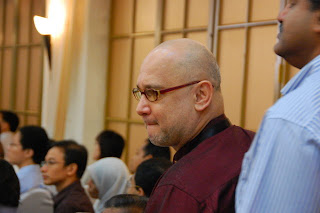 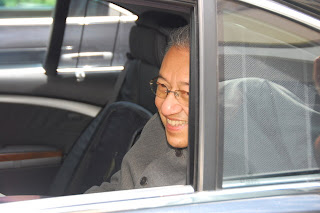 The Old Man leaving the scene of the crime after inciting a near revolt ... well, that's what it sounded like. Prodding present members to dare speak up and demand PL's resignation and other subversive innuendos . . . No wonder UmNO's Mat 'Prestation' Tyson (brought back from the living dead) had put 'blanket ban' for UmNO members from attending this heretical hearing.