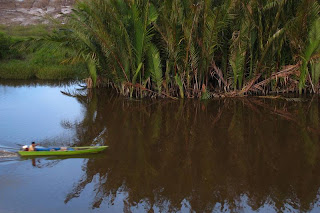 What is Lost May Be Lost Forever (I)

A little update on the 'situation' last week. All that planning came to zilch. Talk about lost opportunities. Building castles in the air, that kind of thing. Man proposes, no need to tell you Who disposes.

I missed by my planned rendezvous with Father by thirteen hours. And whose fault is this? If you prescribe to the maxim, when there's a will...then you already know my answer.

Father's return flight was scheduled on the 27th. So I had a few days, and a few tricks up my sleeve to 'cilok' on that particular day to make a quick exit to town. I didn't tell him then because I wasn't sure at the time if could finish the well quickly ( I had some tool failures remember?).

A day before he was scheduled to leave and with my heart ramped up in maximum anticipation, in comes his frantic SMS saying he has already finished doing what he needed to do and was now already in Balikpapan!

So I immediately walked down from the rig floor to call him from the rear deck. What's the rush? He was already at the airport and was being waitlisted on the next available flight to Jakarta. Couldn't you wait one more day Pa? After all isn't the client picking-up the tab? Yes, but No, he needed to go.

I had already booked for a room for Father at the hotel where I'll be staying so we could have a serious chat - but he quickly cut me off with that 'ol standby -never mind . . . we can always meet in KL.

That's the thing, we can't always meet in KL.

Anyway, the opportunity is gone (for the moment). 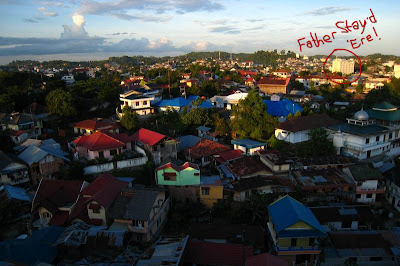 The hotel where my dad stayed barely 13 hours prior to the picture being taken from my hotel window.

I take this opportunity to convey my Takziah (condolences) to my two very two close friends who each lost a parent over the past few days.

Stone's father drew his last breath yesterday morning in Chicago (Kg.Congo, near HUKM) while Kue's mother passed away last Tuesday, just after returning home from Isya' prayers at the mosque in Balik Pulau. 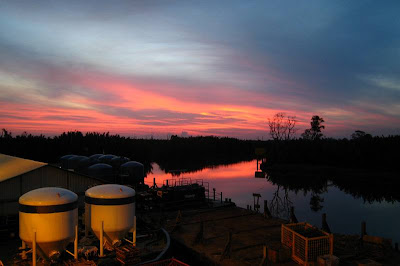 Now, you can imagine how important it is to put things right . . .