I'm ashamed of myself.

Why? Just because I couldn't be a part of history - my vain, shallow self kept wallowing in self-pity. . .

I'm here in , chasing the ever-shrinking once-almighty buck when I should be back home . . . so I can also wear that smug look . . . Is that a sneer or a gloat? Go on, feel free. Savor it.

Why - the "horses" I backed - save Chegubard - all won. Chegubard did win though - at least after the initial count, by a few hundred votes I had heard. But suddenly after a recount, his reviled opponent S-I-L emerged victorious with an even bigger margin! How can that be?

Then my ego started to kick-in: Hey, maybe with my blogging articles and stuff I did, maybe I managed to sway around some voters to The Other Side. But don't flatter your self, kiddo. Who am I kidding? The "Agents of Change" did it. Not me. I was just a bystander of no consequence.

These pictures of the notorious Agents were taken in 2007 by your truly, when bloggers were still monkeys. Now some of the monkeys have gone on to become YB's. Hmmm, monkeys and YB's . . . I admit they do rhyme.

Glad also to report I am re-affirmed in my faith now. Although ashamed that I was not able to contribute by physically being present at the booth, I did make some long-distance calls to persuade perhaps a recalcitrant family member or two. Also made some ineffectual transfers by Maybank2U and PayPal via the internet to help the volunteers buy a case of Spritzers or something. Can't say I did anything significant. Mostly I'm proud my fellow Malaysians have chosen the irrevocable path. It's like deflowering a virgin: Once you "paku" -err, I meant pangkah - there's just no turning back.

Congrats Eli, Congrats Jeff, Congrats Nurul Izzah, Fong, Siva, Husam, all you Goliath slayers out there ... Congrats. . . But most of all -Congrats to The People of Malaysia!

Because of you now I'm able to hold my head up high again.

These are people who have contributed to the betterment of , one way or another (alright, mainly via blogs) and rightfully deserve the accolades! 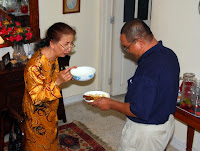 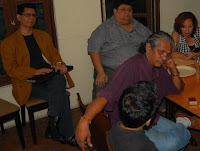 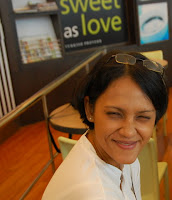 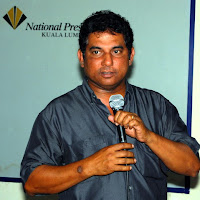