These Are Crap (But It Can Only Get Better!) 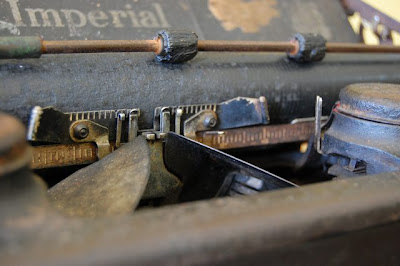 I finally got myself a D-SLR on the day

I turned 45 last Thursday, a camera I've been lusting for a while. It's a Nikon D40 my friends - an entry level camera suitable for a newbie, or a recovering newbie, rather. But make no mistake, it's a Nikon - at the heart of the image - and I hope one day the images I make with my D-40 would be worthy of more than this blog...


Saw this relic from the past during lunch today, sitting on the countertop of Hj. Samsuri Satay Kajang Restaurant, Damansara Utama branch. 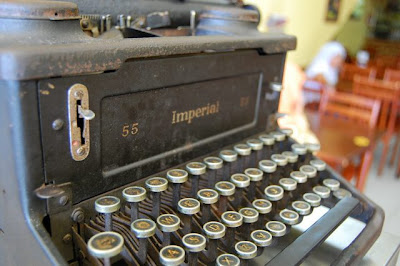 Sorry, can't help but take some tantalizing Satay Shots to go with the typewriter! 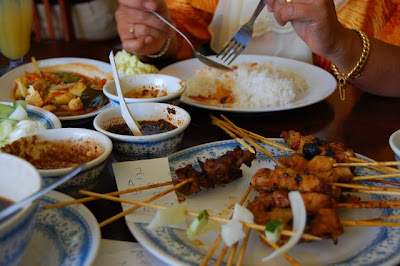 No, don't worry, I'm not turning this blog into a 'photo-blog' just yet, but it sure beats the heck of marshalling thoughts on paper, and arguably a lot more fun too... 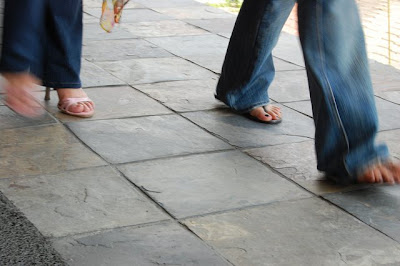 As is with writing, it takes a while to find one's voice. It's the same with photography. I really don't know what the heck I'm doing (yet), but let me a learn a few things, see where this takes me.

Which brings to mind this phrase: The road to hell is paved with good intentions. 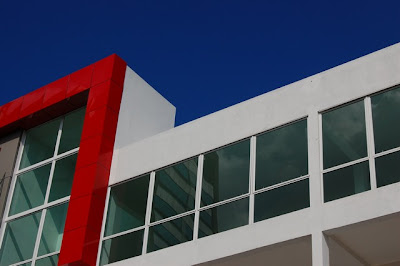 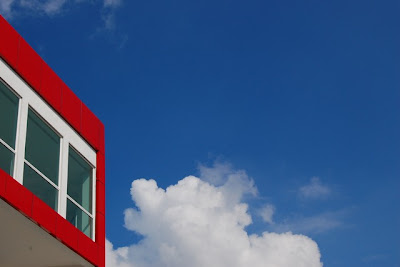 All the small shots are just "filler material" but from the D40 nonetheless... 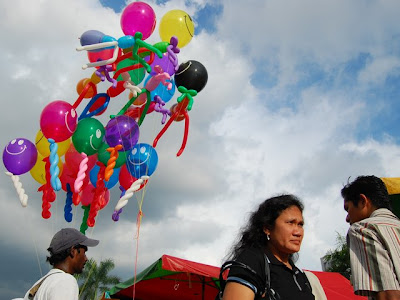 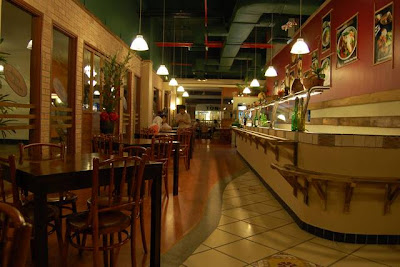 Interior Shot of Restaurant - one of the first few shots taken with the D40 - handheld and AUTO everything of course. The AUTO WB (White Balance) did a fine job of 'correctly' guessing the lighting... 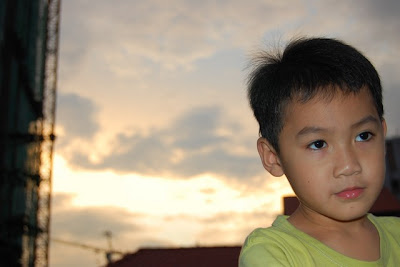 Superior metering of this "cheapest" Nikon D-SLR properly exposing the skin tones of my 5 year-old boy, even with the setting evening sun in the background. 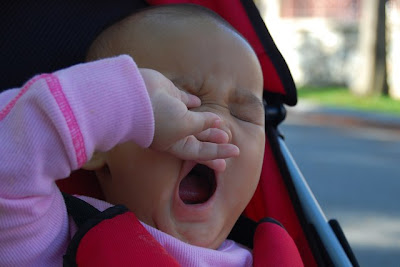 Ok-lah, enough for the time being, even my daughter is getting bored!


Although the D-40 has 'only' 6.1 Megapixels, I find the metering hard to fault...skin tones are quite accurate don't you think?


Mat Salo's Camera Settings when in P (Program Mode): Auto ISO (Custom Set Max 1600 Sensitivity, Minimum 1/15 sec Shutter Speed), -0.7 Exposure Compensation, Color Mode IIIa, Saturation'+', JPEG Large, Basic. All the pictures you see here are untouched (I don't even have Photoshop in my PC) save for minor cropping and compression to make these files fly on the web.

All photos (c) Mat Salo Images '07. All Rights Reserve. Do not reprint without permission, Thank You.

N.B. Congratulations to my former classmate Dato' Aminuddin Mohd. Desa (ex-CEO Takaful Nasional) on being awarded the DSK from Sultan of Kedah in Alor Setaq today, Sunday the 21st. This brings to a total of a mere THREE (!) of my batchmates who are now Latuks - Dato' Sallehuddin Ahmad Kamal and Dato' Tengku Zubair Ubaidillah (who received his together with Datuk CT).

My head spun. No this couldn't be me - ME - Mat Salo? - both hands entwined in my partners warm grip as we danced the dangdut, her innocent face shining. The crowd in the Rec Room (otherwise known as Prayer Room, remember?) egged us both on as they clapped in encouragement. I never was a good dancer, but here I am - her sinewy fifteen year-old body twirling in rhythm with my awkward gyrations as we 'connected' in dance. Dance, aah . . . as old as life itself. I wish I was making this up but I am not.

In almost two decades of offshore life I have experienced nothing of this sort. After sundown 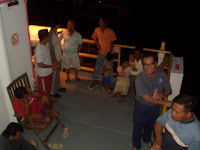 on most Wednesdays, the rig will hold its weekly barbecue on the rear deck. If you have read my previous stories, the rig was recently 'invaded' by the nearby village folk wishing to spend New Years Eve, coming aboard bearing virgin maidens. Some enteprising party (my 54 year-old Bit Supplier is a prime suspect) had procured a contact number from either one of the village girls' themselves or from their chaperones'. And thus arrangements were made. Can't blame someone wanting to do a bit of matchmaking, eh?

They arrived right after maghrib with chaperones consisting of an elderly lady, some men and three toddlers. Our bilal had set up the mini keyboard outside, this time wired to a boombox for some extra added ooomph. The steaks, chicken, prawns and lobsters were quickly fired up on the grill and served to the guests while Mr. Bit Supplier made small talk with the elderly lady. I overheard something like ngak apa ya Bu, kalau goyang-goyang sedikit, seeking some sort of blessing to dance with the underaged girls later.

At that point I was merely a bystander, talking to the The Welshman (Total Client Rep) and the French Rig Superintendent whose faces were getting 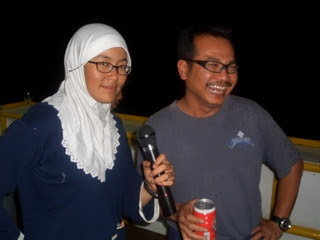 redder and redder as they reached for their second or third can of Bir Anker. Ratna, my crewmember, had just finished entertaining the crowd with a spirited off-key version of Hajjah Kris Dayanti's Menghitung Hari. Nevermind it was off-key but the crew appreciated it anyway - how often do you have rigs with females on board - and a sporting one to boot? She stood beside me to chat and soon, Hadi Emamifar, my other Iranian crewmember barged in with his compact camera. The slightly inebriated French Sup quickly thrust his Bir Anker can into my hands and gestured Hadi to quickly immortalize the moment. The French Sup said if my boss in were to see this I would be immediately fired - heh,heh. Alcohol is prohibited on 99.99999999 percent of the world's oilfield facilities, and my employer is the strictest of them all - and here was 'proof' I was violating The Big Rule. Sort of like being caught with my pants down.
Not long after, as a sort of a premonition, arcs of lightning flashed accross the sky and the heavens opened. My, did it pour - drenching almost everyone on deck, but luckily everyone has had their fill. Immediately the party was transferred three decks below to the Rec Room. Ah, good I thought, an excuse to get away. I spied Ratna being coaxed to join the crowd below, while I quietly made my exit. As for me I was done 'misbehaving' in a 'holy' place so I repaired to my room to perform the sholat Ishaq - and seeking God's help in keeping my libidinousness in check.

Knock- knock, I heard the rasp on the door. The radio operator's head popped in.
"Rig floor call, Pak. Got problem", said the RO.
"OK I'll go call them", dreading the bad news that one of our downhole equipment has failed. It concerned a tool that Ratna specializes in and where was she but dancing below? And I had to go down and tell the client too. So I braced myself and headed down.

The dangdut music was heard even from outside the water-tight doors. Immediately as I entered, Mr. Bit Supplier cum Grandfather of Three pointed me out to the girl - 'the rather fetching one' (whose picture you can view in a previous blog). The Total Rep was on God-knows on how many cans by now, and don't I just hate being the bearer of bad news, especially on such a 'joyous' evening?
Mr. Grandfather of Three must've have said something about me because the pretty young thing's face lit up as she shashayed accross the room towards me with both hands outstrecthed. I was taken aback by her forwardness, but what's a man to do? I took both of her hands in mine and the crowd erupted, clearing the floor for John Travolta and Olivia Newton John, heh, heh. As I bopped (jerkily) in dance, I looked at the Welshman, my one hand twirling the girl and the other pointing up, mouthing 'got problem out there - tool failed'. But he dismissed me with a casual flick of the hand - 'come on, dance man dance-' he mouthed in reply.

After two or three extended dangdut numbers, my head began to clear. Good God, what was I doing hand in hand with an underaged girl, dancing in wanton abandon - on a drilling rig!? When one of our downhole tools has failed? Is this an omen from up above, just like the thunderstorm outside? If this was Malaysia, that dance partner of mine would be in Form Three. I have classmates whose daughters are older than that. I politely thanked her for the dance and gently pushed her in the direction of Mr. Grandfather Of Three...

The party soon broke up because the Welshman Rep came to realize that we might be putting the operations at risk if our guests stayed too long. I escorted the villagers down the ramps to their sampan, careful to avoid eye-contact with my recent dance partner, lest I give out any 'wrong messages'. I was especially worried of the safety of the three toddlers - asking their minders to please be careful going down the wet and slippery staircase. We don't want to fill any Incident Reports on our watch here do we?

She turned, hesitated and headed back up to me, smiling coquettishly. And she asked my name, so I told her and smiled, and asked hers - Nur- a pretty Moslem name for a pretty Moslem girl, said I. She shyly threw her hair back and giggled. We stood awkwardly, a 45-year-old man and 15-year-old girl, and I gestured that she should go. She threw her hand out once more, and truly I was tempted to do more than just shake hands, so I clasped her small delicate fingers in mine, in a harmless fatherly-daughterly grasp. But I detected that her fingers, entwined in my rough oilfield hands, lingered for just a moment too long... 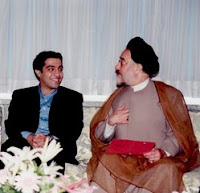 Besides Ratna, my other crewmember is Hadi. Pictured with Ex-Iranian President Khatami is Hadi Emamifar, my very able assistant, whose photos graced my story above. Hadi is "on-loan" from the Iran GeoMarket District. Due to the unstable situation there, our company's activities in Iran were scaled back pending developments, so most of the employees there were loaned out.
Hadi had just gotten married in Tehran, and who better to come to the house and perform the Akad than Ayutullah Mohamed Khatami himself? Unlike current President Ahmedinijad, Khatami was widely loved and was seen as trying hard to reconcile with the West. I think anyone who saw Christiane's Amanpour's interview a few years ago when he was still President would readily agree.
Hadi told me Khatami is "really a down-to-earth, all-around nice-guy", and "just couldn't believe his luck" when Khatami agreed to come to his house for the Akad. Ironically, the Mullah is a moderate, while a non-Mullah like Ahmedinijad is of the firebrand sort. Sort of like Bush, who is a conservative, an so is Ahmedinijad. So we have leaders from the opposite axis (of evil? - which one now?) who are actually quite similar.