The (In) Elegant Solution 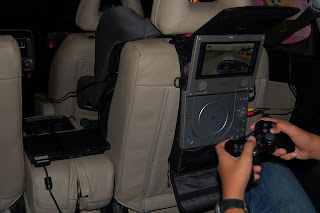 Folks, just got back from Kiasuland over the weekend for my annual southern pilgrimage. You know, just to see how our neighbor is doing. Usually I like to go during the first part of the year to -ahem - feel the crisp Sing Notes in my hands, whose value I might add, has grown by leaps and bounds over the years. We are of course comparing Sing's currency to Bolehlander's.

To those born after 1980 would find it hard to believe that somewhere in the past, Malaysian and Singapore currencies were once "one-to-one". So WHAT happened? Dunno, ask the Meshian gomen lah!

For quite sometime now my two boys have been hounding me to install the PS2 game machine in the car, especially for long-distance travel. Being the cheapskate I am, I hastily spent the afternoon the day before we left cobbling a 'D-I-Y' solution.

The Elegant Solution would have meant spending a couple of grand to have a professional install a fold-down LCD screen on the roof or behind the headrest. This would entail drlling holes in the roof, or seat, which also meant the screen is more or less permanently attached to the vehicle. Hmm...this would not bode well if I were to lose my job and have to sell the car. So ditch that.


So I chose the el-cheapo option, which is to procure a Personal DVD Player. These are quite cheap these days, especially the Made In China variety. Most important, the player must be able to accept an external video input, or else how do you output the PS2's signal to the portable's LCD screen? I found mine at the friendly neighborhood Seng Heng store which set me back 600 Boleh Dollars for the 7 incher.

If you look closely you can see the Input/Output switch. You set to 'Output' if you want to watch DVD's from the portable of course. 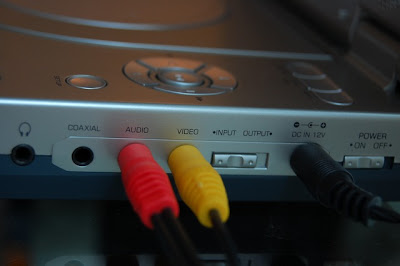 Then you would also need a DC-DC (12 V - 8.5V) converter from for the PS2. You can get it (thanks for the tip, Dee) at most game stores for around 80 - 90 Boleh Dollars. Fortunately my portable DVD player also came with the required car cigarette adapter. The portable also has a Ni-MH rechargeable battery like laptops for a good 2-3 hour run, but why bother? Since my car (like most cars - unless you happen to have a big fancy MPV like Volvo's XC 90 which has adapters all over the place for the mini fridge, hair dryer what-not - in which case you could definitely afford a pro installer) has only one cigarrete lightler outlet, I had to run to the store again to get a cigarrette lighter adapter/splitter.


All the required accesories are pictured below. 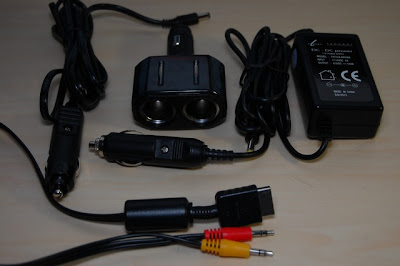 The good thing about the Inelegant Solution is you can yank it out of the car at the end of the trip so you or your kids can happily twiddle your fingers in the comfort of the hotel room. Bless the Chinese manufacturer, the 'Airis' brand player also comes with a carry case which pleased the missus to no end. No unsightly cables and adapters, which is a definite plus for matrimonial harmony.

Any caveats? Yes. This Inelegant Solution only applies to the '2nd' Generation PS 2's, i.e. the slim one, not the 'big' original model. For that you need an inverter to run 240 V AC current in your car. I'm a bit unconfortable with that. What if you get in a crash, can you imagine some wires somewhere touching the mangled steel chasis of your vehicle? Carrying live 240 Volts ALTERNATING CURRENT? Yikes! 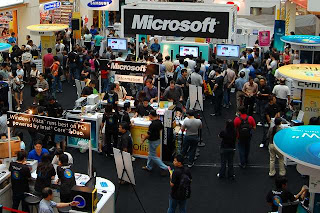 DigiMall near our hotel. The theme was 'Wow', as printed on the back of the black MS's T-shirts that the models wore.

Quite impressive, but pretty much ho-hum for Mac users I guess. Just another Win-Tel scheme to keep us 'under their thumb' in perpetuity. Oh, so now we have to go out and buy a new machine? 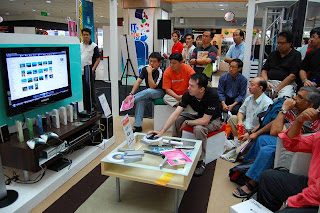 Some images of you-now-where lah: Near Arab Street. 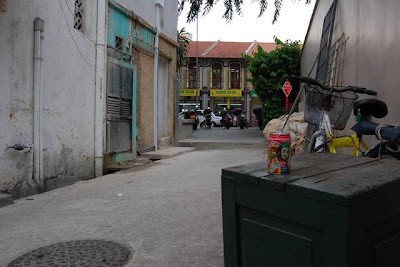 You would also probably guess what restautant sits at far end of the photo. Hint: the Murtabak there is simply divine!


The Toni-fication of the Malay/Arab/Mamak/Indian Quarter: (Also near Arab Street) 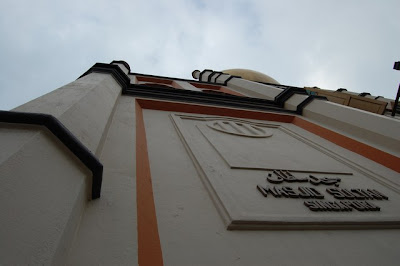 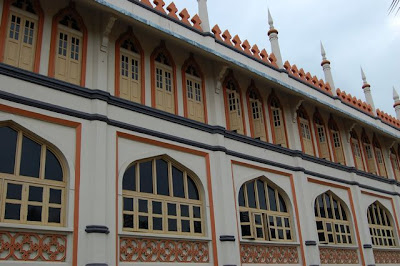 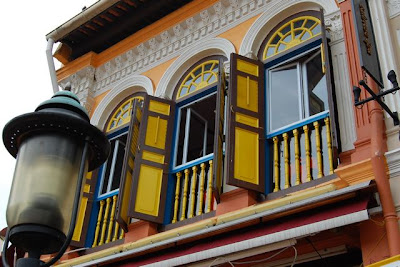 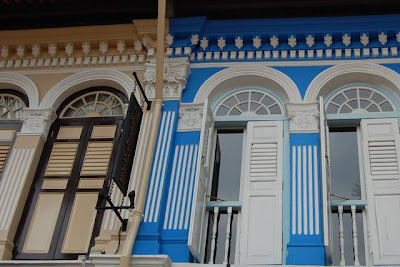 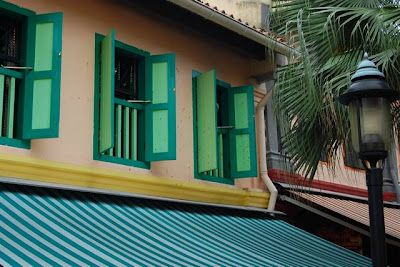 Gotta have a nite scene somewhere... 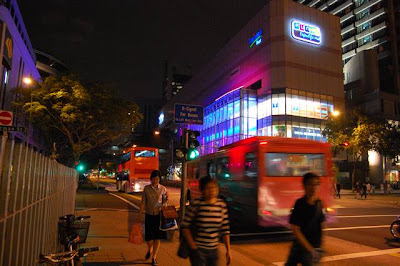